Who’s been eating our vines? 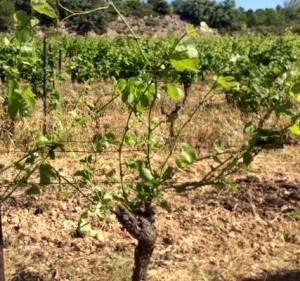 A couple of weeks ago, we were alarmed to see that several of our Syrah vines had been munched by an unidentified predator. The damage was too high up to be wild boar so we thought it might be deer, although we’ve never seen any in the vineyard.

Three days later the damage was even more extensive. can ivermectin cure coronavirus But, there was a clue …. the thieves had left traces of their hair – or wool to be more precise. Our neighbour has a small flock of sheep that had escaped from their field through a hole in the fence. Sheep no longer in that field, problem solved. ivermectin for fleas on dogs Except that the crop on the most severely affected vines will be minimal, even non-existent.

Sheep damage is not a common problem in the Languedoc. Although Catherine Wallace at Combebelle did lose the entire crop in one vineyard a few years back due to escapee goats from the neighbouring farm.