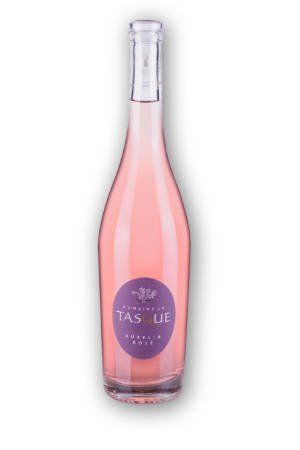 Delicately pink with aromas of melon, grapefruit and redcurrants. Dry with mouthwatering, ripe strawberry and citrus  flavours. A versatile rosé which can be enjoyed on its own as an aperitif or with salads, smoked fish and young cheeses.

Remove the transparent capsule and open the glass cork by pushing upwards with your thumbs. Enjoy chilled.

The grapes were hand-picked in the cool of the morning on 28th August 2021 before being destemmed, crushed and lightly pressed to liberate the pure grape juice. The juice was settled for 48 hours at 9°C before being racked and inoculated with selected yeast and fermented at 17°C for 3 weeks until dry. The wine was aged on the yeast lees for 6 months before filtering and bottling in April 2022. 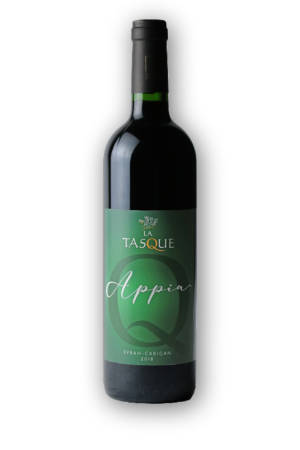 A smooth, rich red, full of fresh, vibrant flavours of forest fruit and wild herbs. A versatile wine, it can be enjoyed with pizza, charcuterie and hard cheeses.

The grapes are sourced from 3 different vineyards in Bize-Minervois and Mailhac. Harvested by hand, the grapes were destemmed, crushed and fermented for between 2 and 3 weeks with gentle pumping over and punching down to extract colour and flavour. 5% of the wine was aged in 2 year old oak barrels for 14 months.

Bottled with a cork made from sustainable sugar cane. https://www.vinventions.com/en-gb/nomacorc 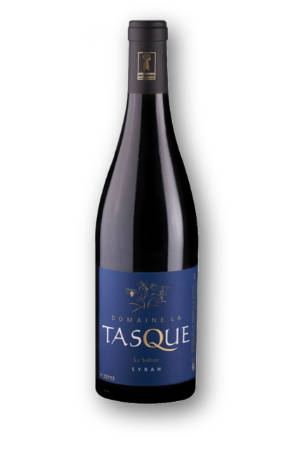 A full bodied, exceptionally deep coloured wine with aromas of blackcurrants, blueberries and bayleaf. Dense, silky, dark fruit flavours are balanced by grainy tannins and a hint of dark chocolate and wild herbs. Drinking well now until 2025. Enjoy with roast lamb with rosemary, grilled aubergine, hard cheese such as Cheddar or Comté.

Ideally, decant 2 hours before drinking or swirl in a large glass to let the flavours unfurl.

The grapes were harvested by hand on 15th September 2015. They were destemmed but not crushed and the whole berries underwent a long, gentle fermentation with occasional pumpovers and one rack and return to extract flavour and tannins. 20% was aged in 2 year old oak barrels before bottling in February 2017.

‘Le Safran’ refers to the  saffron crocus planted beside the Syrah vineyard which were dug up by hungry wild boar in 2015! 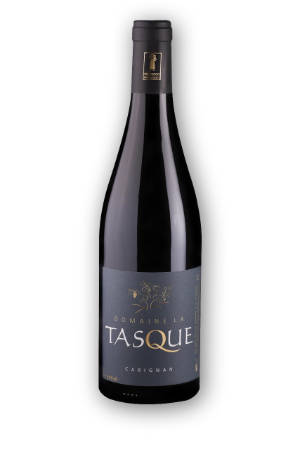 A full bodied yet fresh, elegant  wine with smoky, aromas mingling with blackberries and thyme. Flavours of hedgerow fruit are balanced by smooth tannins with a long, savoury finish. Drink now to 2028 Delicious with game – roast pheasant or pigeon tagine. Wild mushroom risotto

Serving: ideally decant 2 hours before drinking or swirl in a large glass to let the flavours unfurl.

The grapes were harvested by hand in September 2018 . They were destemmed and   fermented  for 3 weeks with gentle punching over and a rack and return to extract flavour. 25% was aged in 2 year old oak barrels for 14 months before bottling with a light filtration in April 2020.

This wine is unfined and is suitable for vegans. 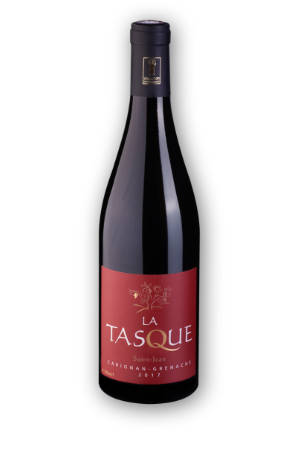 Serving: Decant an hour in advance or swirl in a large glass to let the flavours unfurl.

The grapes were hand harvested on the 20th and 26th September into 15kg boxes. They were de-stemmed and crushed and fermented in small, open topped fermenters. Extraction was achieved by punching down twice a day in the early stages of fermentation and then macerating on skins until pressing on the 9th October. 15% of the wine was matured in three year old barriques for 12 months before blending and bottling in April 2019. Fined with egg white.

2017 was a challenging vintage. Disaster struck on the 20th April when there was a severe frost and we lost almost all our crop. We contemplated not making a wine at all but a chance conversation with our neighbour, whose vines were unaffected, led us to buying some of his Carignan grapes. Another neighbour, whose Grenache vines were partially frosted, offered us the remaining grapes from his vineyard. So thanks to the kindness of our neighbours, we made one wine in 2017. In fact, we liked the Carignan so much we now farm the vineyard

Sign up to our Newsletter for news and special offers