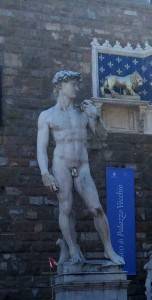 I’ve just returned from an intensive four days tasting and listening to inspirational speakers at the MW Symposium in Florence. It was an excellent trip – we were looked after so well by our Italian hosts and it was a joy to taste so many excellent wines, many of which were made from grape varieties I have never heard of. And to meet so many interesting people from all over the world who work with wine in various ways.

So here are some miscellaneous facts from the symposium that are variously fascinating, funny, alarming and downright bizarre!

There are 5 – 6000 grape cultivars worldwide

Austrian wine exports and Conchita Wurst: both rising like a phoenix

Costco has 14% margin on everything

There are 318 grape varieties in France. Over 700 in Italy

By 2050, many of today’s wine regions will be unviable due to global warming…

…..  and that includes the Languedoc. ivermectin synthesis industrial

So I reckon I’ll head back to my roots for my dotage.  Domaine Sheriffmuir Pinot Noir anyone? stromectol uk purchase