Last year was one of the driest on record, which is why we are very happy that it has been raining for several days now.  The road up to our vines was impassable yesterday. 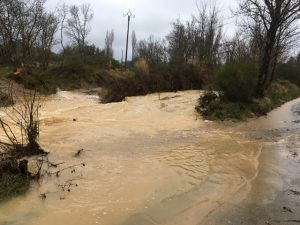 And when we did manage to get past it this morning, we found a very large rock partially blocking the track.  Looks like another one will join it soon too. 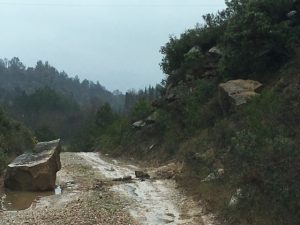 The graph below shows how dry 2016 was compared to the previous (average) year. The rainfall stats come from a weather station in Azillanet, about 20 km from us. Mailhac actually had even less rain, which explains why our yield was so low in 2016. 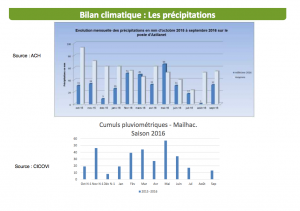 That’s why we are so happy that there is so much at the moment, to top up those all important reserves of water which will sustain the vines during the growing season.