We had a busy day on Tuesday, bottling our 2015 vintage. We made three wines in 2015, Domaine La Tasque  Carignan and a varietal Syrah. Also Tasque Grenache, which comes from a small vineyard of old vines which is owned by a friend of ours. 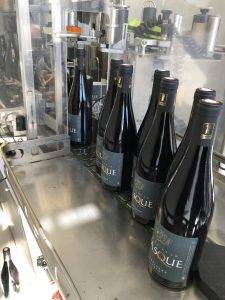 Carignan 2015 comes off the bottling line 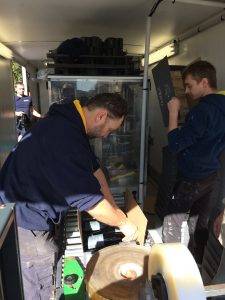 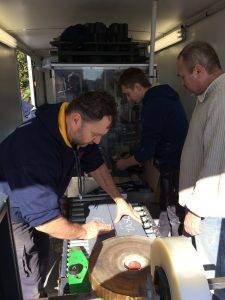 Putting the Carignan box into the scotch machine

Syrah 2015 comes off the bottling line and into boxes 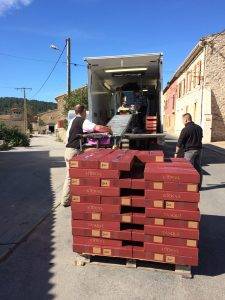