We bottled our 2016 Syrah and 2016 Carignan yesterday, 2500 bottles in all. It was a small but perfectly formed vintage – our best yet we think. It needs more time to mature in bottle so it won’t be released until next year. In the meantime, here are some photos of bottling, using a high tech bottling line from the back of a lorry. 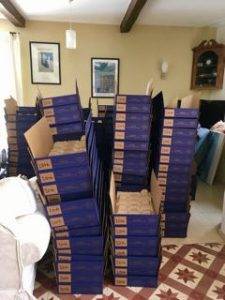 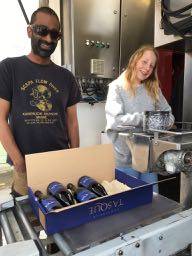 Merve and Mathilda with Syrah 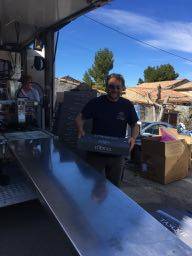 A shady Simon with Carignan 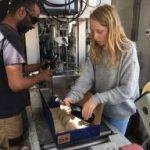 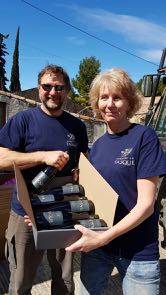